Ever felt like playing an online game involving or featuring animals? Then you’ve come to the right place. Here you will find the best online PC games of Animals and pets, valued according to the opinions of the users, metacritic or our analysts in order of score.

This list is constantly updated. It is done by making a half note between the note of our analysis, that of Metacritic and that of the users. In the case of the genres of each platform, only one of those three notes is needed to become part of the ranking. Without further delay, let’s take a look at the most popular animal games! Hybrid Animals is a fun indie game that challenges you to take two animals from a long list and combine them to create a new one. Then you can use them for all kinds of crazy and funny mini-games. The main charm of this game is the variety of possible combinations and the creativity that can be used on the part of the player to keep it hilarious.

Another incredible online game with gambling elements mixed in to make it more thrilling is animal slots. People may still not be very familiar with slot machines online, but Animal Slots is here to change that, with fun gameplay and a unique and easy to understand game design.

Untitled Goose Game is characterized by a friendly humor video game that invites us to embody a goose and, as we move through different everyday situations and scenarios, look for food to survive or literally annoy the person responsible in the farm. According to the development team, House House, they simply wanted to make a stealth game and nothing else. But the fact of the goose bothering a gardener seemed absurdly funny. With the mechanics of a classic point and click, users will be able to interact with the objects on the stage to devise ways to annoy the gardener and the rest of fellow citizens. On the other hand, and as their developers wanted, Untitled Goose Game also has an element of stealth to avoid being captured and that will allow you to enjoy a title as frantic as it is absurd. Marine Park Empire is an online game that allows you deep water park adventures in an incredible sea-life simulation. If you like marine animals then this game is for you. Jump in and explore this wild marina park! 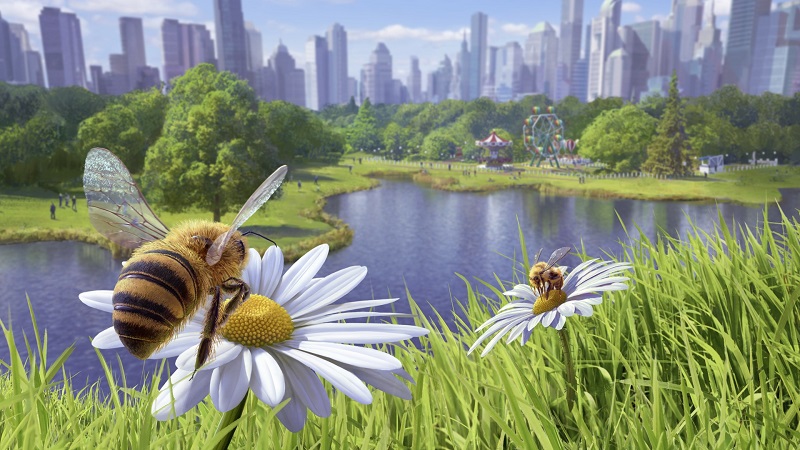 Bee Simulator is a game that allows you to enjoy bee management in an environment inspired by Central Park (New York) and various game modes. The story mode will propose to save the hive from the threat of humans. The exploration mode will allow us to freely explore the game world. And the multiplayer mode split screen offers cooperative and competitive aspects. Are you ready to take Bee survival to the next level? Goat Simulator for PC started as a joke but has become a real game. You will have to control a goat around the world, with all the fun possibilities that it offers. The game is constantly expanding, introducing new content and modes, but without solving the mistakes and bugs that make it so fun. Kayaking Along the Fjords Of Norway

Norway and its Fjords are breathtaking as we’ve seen before, but how about looking at...

Today we bring you another type of tattoos that is very unique but also very...