Existential crises aside, we have been blessed with many things in life. From nature to arts, there is so much beauty everywhere if you just stop to look. Yet, it is music that is our greatest blessing. It has such an impact on the soul that you cannot just live without it. Music is also therapeutic, and that is scientifically speaking –– your mind releases dopamine when you listen to your favorite tunes, so you feel better. Over the years, we have had the good fortune of enjoying plenty of legendary artists who have graced us with their sheer brilliance.

They, too, have benefitted from our mutual love of music, and they have made a lot of money by giving their art to the world.

In this list, we explore the 5 wealthiest musicians of all time.

You have probably guessed that the King of Pop is definitely going to be on the list, because if not, who will be? Michael Jackson needs no introduction, and the wealth he accumulated in the 80s and 90s has secured him a position as one of the wealthiest musicians to have ever lived. What is even more fascinating is the fact that, even after he died, Jackson still earned millions of dollars –– in 2016, he is estimated to have generated over $800 million in profit. Back in the 80s and 90s, Jackson used to make around $50 million a year from endorsements and record deals, which was quite a lot of money back then. No one knows how much the King of Pop would be worth if he were alive, but some sources estimate it would be over $3 billion.

Legendary British singer, acclaimed pianist, and songwriter Elton John have had one of the most successful solo artist careers of all time, and he still sells out stadiums and his records are still a hit to this very day. Needless to say, Elton John is worth a lot, and his wealth only increases over time. It is rather difficult to try and estimate just how much the Rocket Man is worth now, but some sources estimate his net worth to be around $500 million, which makes him one of the wealthiest musicians and celebrities in the world. John has pleased audiences over the years with some memorable hits like Goodbye Yellow Brick Road and Rocket Man, which are still played and popular even now, decades after they were first released.

Mariah Carey has had a turbulent career, but the pop sensation never lost her popularity or her ability to fascinate audiences with her incredible range and powerful voice. Here legendary career saw her achieve much success, with an all-time record of 18 number 1 singles as a solo artist. She also sold over 200 million albums worldwide, which is quite impressive for a solo artist, not to mention won several Grammys. Her net worth is estimated to be over $300 million, and it is only growing as the pop star is still active to this very day.

You cannot really bring up the wealthiest musicians of all time without mentioning Madonna, which was a pop sensation in the 80s, and is often considered the best-selling female artist of all time. Often dubbed the Queen of Pop, Madonna’s net worth is valued at a whopping $590 million, which isn’t too bad considering the fact that she sold over 300 million albums over the world.

Last but not least, the Beatles legendary singer and composer Paul McCartney is arguably the most popular musician of all time. You’d be hard-pressed to find a person who doesn’t know him, and for good reason. He was part of the most influential rock band in the history of music, which is still popular and loved by millions until now. He is one of the most successful composers/recording artists to have ever lived. While it is difficult to put a number on just how much the legendary artist is worth, his net worth is estimated to be over $1 billion! He still earns a significant amount of money from the Beatles catalog, and the royalties from those records are in the millions alone, not to mention his own tours.

If anything, these artists deserve every penny they make for the unforgettable moments they have given us and all the wonderful tunes. It is not easy to make it as a musician, but once you do and people love your music, the sky’s the limit. 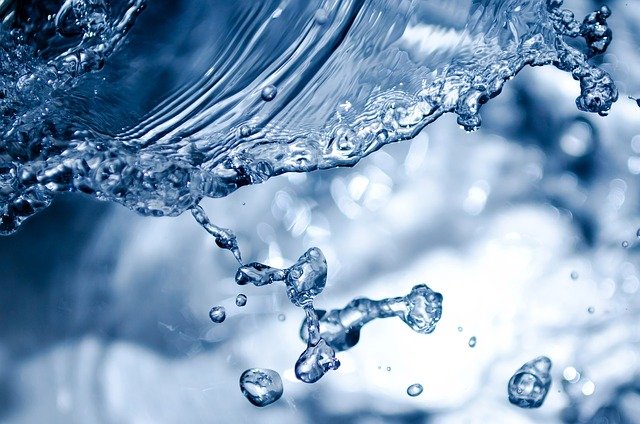 Improving Water Quality at Home Through These Six Simple Solutions

Do you constantly worry about the overall quality of your water at home? Maybe you... World Health Organization has declared 2020 as the first-ever international year of nurse and midwife....

Best Vacation Spots in the Caribbean

source: image The Caribbean has what dream vacations are made of: a tropical climate, white...